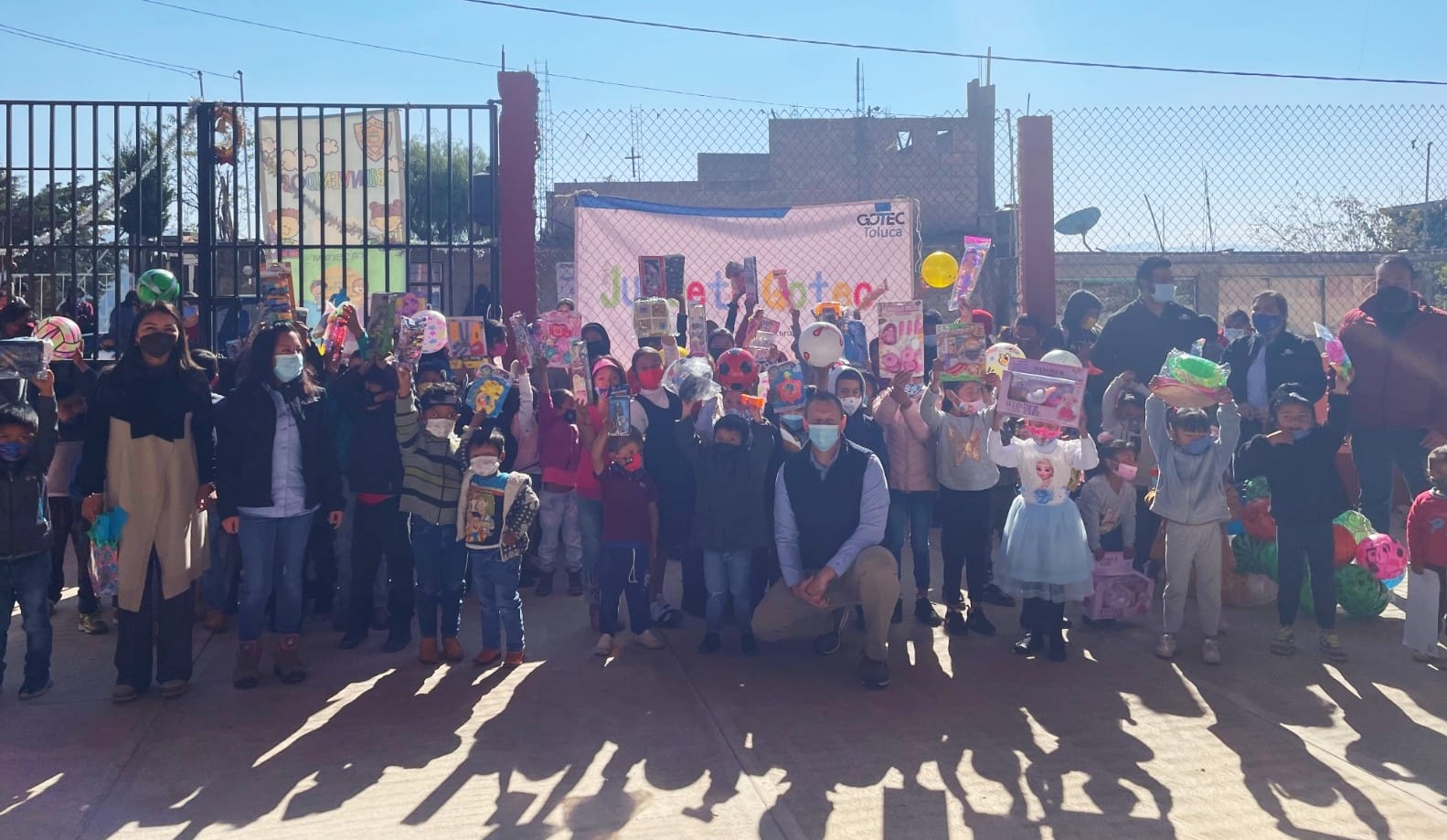 In collaboration with the DIF, an organization in Toluca that supports children from low-income families, 137 children were presented with a gift for Epiphany.

On January 6, Dia de los Reyes Magos, better known as the “Day of the Three Wise Men”, takes place in Mexico. This national holiday is one of the most important holidays in Mexico.

Epiphany has a special meaning for the children. Because according to tradition, they don’t get their Christmas presents from the Christ Child or Santa Claus, but from the Three Wise Men on January 6.

To bring joy to children from low-income families, GOTEC employees in Toluca purchased toys and collected more than 130 gifts. In collaboration with the state organization DIF, the gifts were personally presented by employees, plant management and the Human Resources Department to 137 girls and boys aged 3 months to 10 years from the municipality of Santa Ana Jilotzingo.